Prefer listening? Discover how the Aussie Open turned its fans into members on your favorite platform 👇

Sporting events bring together some of the most passionate & engaged fans in the world.

For example, the 2022 Super Bowl garnered a staggering 99.18 million views in the US alone. And while we don’t have official numbers for the recent FIFA World Cup, previous years generated billions of engagements. 🎉

We also can’t forget the billions of fans across music, art, cinema, novels, and more.

But the biggest problem is that these people are just that, fans. Their experiences are often annual live events with no long-term engagement in between. 😔

However, NFTs have the power to change that.

For this week’s DOer Spotlight, we invited Adam De Cata from NFT Tech to share how they’re helping brands turn their fans into members.

🤝 Together With Web3 Academy PRO: Your Fast Track for Levelling Up in Web3

👉 Because you’re an early supporter, you can get lifetime access to Web3 Academy PRO for 50% off right now!

But don’t wait, because this offer is only available to the first 100 DOers that sign up.

Problems With the Current Fan Experience

One of the biggest problems with the current fan experience is a lack of connection. Fans can attend events or interact with their idols and other fans over social media, but there isn’t much beyond that.

Interactions like this also aren’t unique because anyone is able to do the exact same thing. 🤷

Sure, it’s possible to buy backstage or VIP tickets, but these are often one-off experiences that don’t engage fans further down the track—that is unless fans themselves decide to pay for the experience again.

Outside of this, not every fan is able to attend live events due to their location or time and monetary constraints—meaning most fans are limited to online experiences in a world that currently focuses on real-world events.

Another issue is that fans don’t have a unified voice. 🙊

For example, Adam is currently working on a project revolving around Elvis Presley’s IP because he realized that fans couldn’t achieve their goals because they functioned as micro-fan bases. Consequently, Elvis fans haven’t been able to efficiently reach their goals of protecting the musician’s legacy.

But with the power of NFTs and tokenization, we can engage fans and bring them closer to the sports, artists, and idols they love.

After Covid-19 significantly disrupted attendance for the 2021 Australian Open, the renowned tennis tournament was looking for a way to re-engage fans with the sport and boost attendance as life slowly returned to normal.

Now, the Aussie Open is one of the biggest sporting events in the world, so it’s not like they’re just experimenting with web3 tech for fun.

The tournament has been around for over 100 years, typically boasts 700,000+ attendees each year (besides the past two due to the pandemic), and continues to grow with 2023 set to feature a record-breaking AUD 76.5m in prize money.

So yes, the Australian Open integrating with web3 is huge! 🚀

Here’s how they spurred engagement with the help of Adam and the NFT Tech team.

Enter AO ArtBalls. An NFT art collection that lets fans purchase a digital piece of the Aus Open’s tennis courts. Now, this wasn’t just any NFT, it was a dynamic NFT that could be updated in real-time using ball-tracking technology.

So if the winning shot from any of the hundreds of AO matches lands on that plot, the ArtBall is updated in near real-time to highlight the match information and attach a holographic sticker to the ball casing showing it’s a Match Point ArtBall.

The collection even ended up winning a coveted Bronze Lion from the Cannes Lions creative awards as well as boasting 70% unique holders (17% of them being first-time NFT holders).

How’s that for an NFT drop!

But it wasn’t all smooth sailing. In the beginning, Adam and the team had no idea what experience they would create for the AO.

Between himself and the AO team, there was talk of digital collectibles and virtual worlds, but it was dynamic NFTs that caught their attention because these tokens could be updated with real-time data from the matches themselves.

After much brainstorming, they realized that they could incorporate Hawk-Eye data (a computer vision system that can tell you exactly where a ball bounces) with dynamic NFTs.

So they came up with the concept of splitting the court into equal tiles with each tile being represented by a unique, one-of-a-kind tennis ball. Then, by tapping into Hawk-Eye data, they could pinpoint the location of the last bounce of a match-winning point.

Now they had the makings of an exciting NFT collection. 📈

Fans could not only own a unique, artful NFT, but they also had the chance to win the real match ball if they were lucky enough to have the match-winner bounce in their square.

If that wasn’t enough, NFT Tech then partnered with Vegas City from Decentraland to build a virtual world where ArtBall holders could live stream practice court three at any time of the day. This gave fans unique behind-the-scenes access to media that couldn’t be seen any other way.

And this is exactly what the biggest fans of sports, music and other hobbies want—access.

Although difficult, it’s probably possible to create this type of experience with web2, but we run into issues with a big one being provenance.

With NFTs, it’s much easier to prove that someone accessing a collection’s utility is in fact the person that’s the rightful owner. After all, if the AO used standard tickets (physical or virtual), a holder could easily share their access codes with others.

But one of the biggest benefits of using NFTs is the ability to continually engage holders.

What’s Next for NFT Tech and the Australian Open

Initially, the AO Art Balls project was meant to be just a collection of dynamic NFTs that would help engage people in the tournament itself.

But after its success, the NFT Tech team had a vision where they could create long-term utility for holders, essentially turning them from fans into members. 🤩

And that’s the beauty of NFTs, you can continue iterating and building on the utilities you offer your initial holders, compounding the token’s value—something that would be impossible with a match ticket and difficult with a standard rewards program.

Some of the additional utilities being built into Art Balls include:

But for all you builders out there, just remember that collections like these are built one step at a time. 👟

In fact, Adam himself is shocked at how far they’ve come since they released ArtBalls in 2022, sharing that the initial utility was child’s play compared to what they’re building now.

Could Members Be the Solution to the Royalty Debate?

While these solutions do work, they also bring their own problems, such as centralization and a loss of true ownership for holders. 🤔

But we believe the best solution could be ignoring the degens who simply look at NFTs as a trading opportunity and instead focus on people who actually value a collection’s utility. This is because traders only care about making money rather than becoming community members.

So from that lens, the less commission they pay the better.

However, fans and true community members won’t see royalties as a fee, but rather the price they pay to support a project and help it stand the test of time. ✅

But it all comes down to building connections with holders through experiences and engagement—and one way to do that outside of in-person events is through dynamic NFTs.

When holders witness their NFTs change based on real-world data (such as the match-winning point landing in their square), they naturally become more attached to their token.

In other instances, a ball bouncing in nearby squares could also cause people to become more attached to their ArtBall because they almost won.

But once you’ve turned your fans into members, royalties also dry up because no one wants to sell their NFT and lose its utility. So to continue generating revenue, you need some way to monetize existing holders or bring new fans into the community. 💲

This could happen through selling merchandise and other products or releasing new collections. However, the former isn’t a large profit driver and the latter ends up diluting the value of existing NFTs.

That’s why we believe subscription memberships will be the number one source of sustainable revenue for projects. 🥇

Not only do they improve the predictability of revenue, but they also completely remove the reliance on royalties—something that’s difficult for businesses to control.

Kyle recently took the deepest of dives into this topic, creating a three-part series on sustainable business models for tokenized communities.

If you haven’t already, make sure to check out part one: Are NFTs a Sustainable Business Model for Creators Tokenizing Communities?

Discover Why Mobile Wallet Hardware is Key to Web3 Adoption.

Be one of the first to go PRO and score yourself a 50% lifetime discount on the #1 resource for web3 builders!

Discover other industries that web3 is disrupting: What If Nintendo Was a DAO? 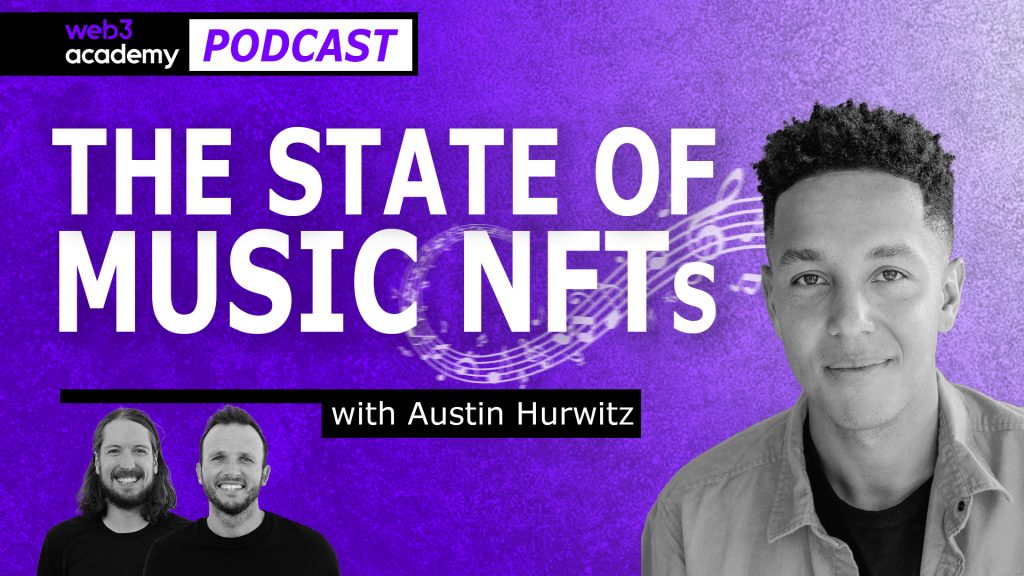 Musicians sure do have it hard out here 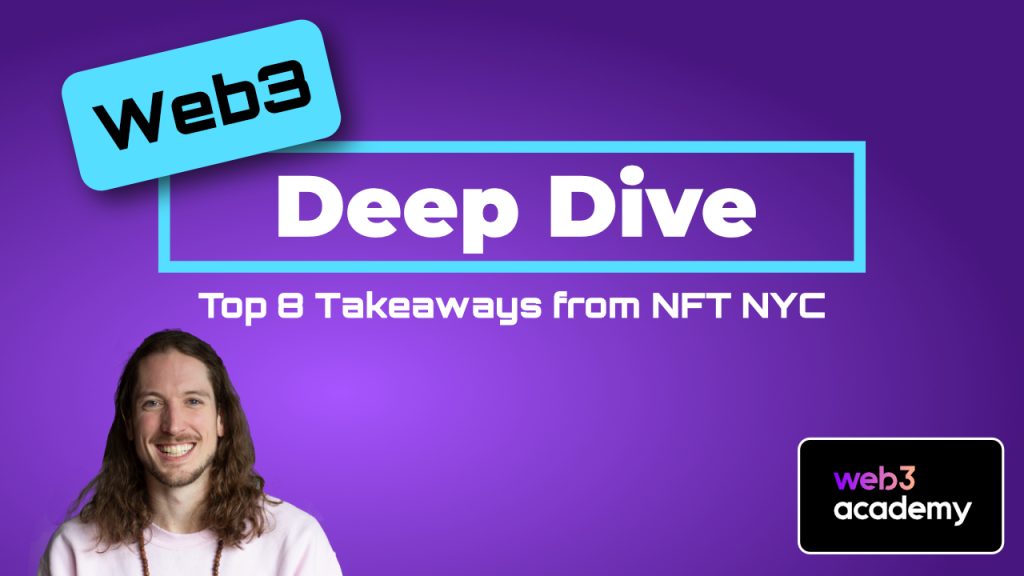 Dear Web3 Academy DOers, NFT NYC is the Superbowl of NFTs. This is what I learned. NFT NYC took place from June 20-23 in New… 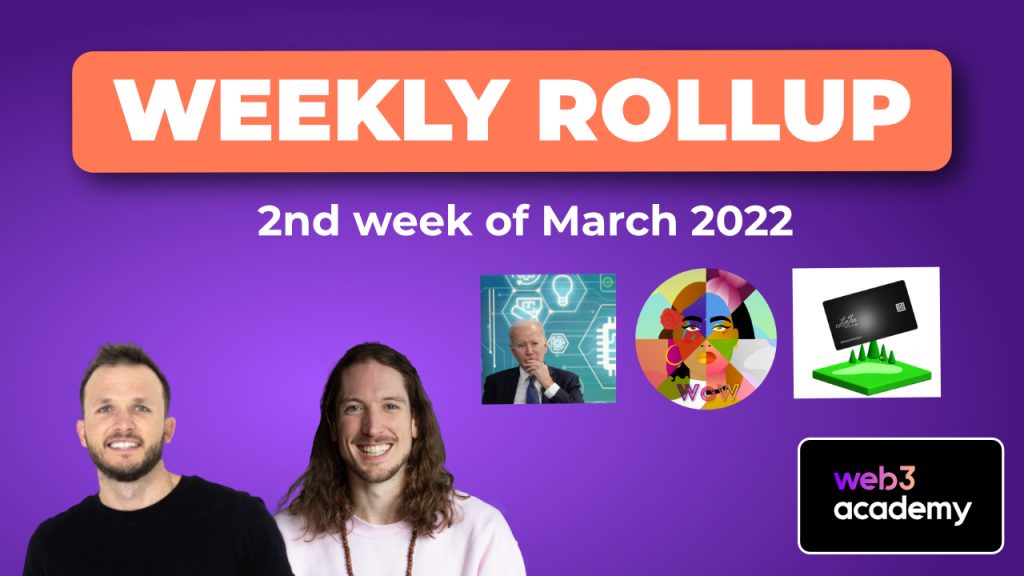 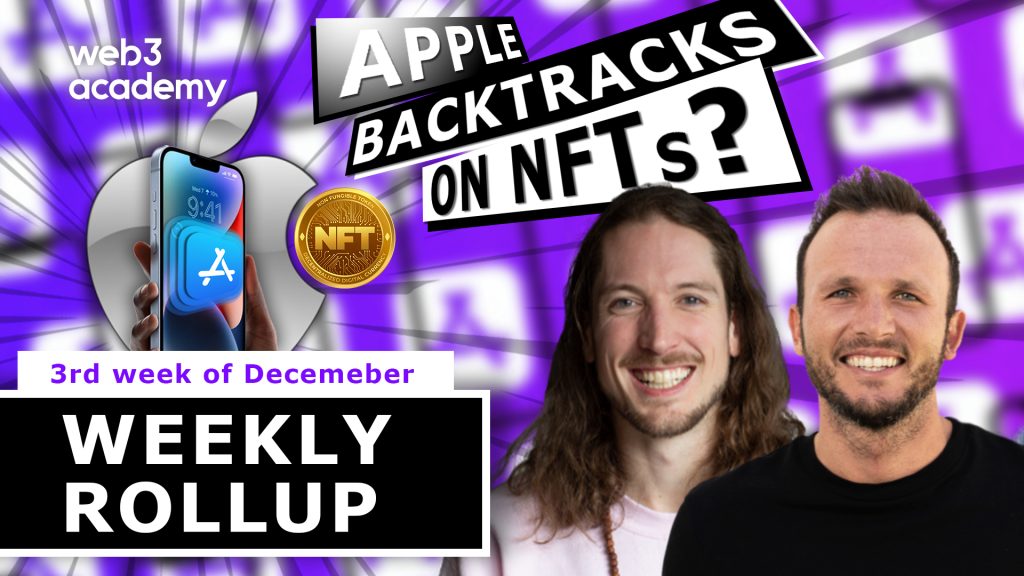 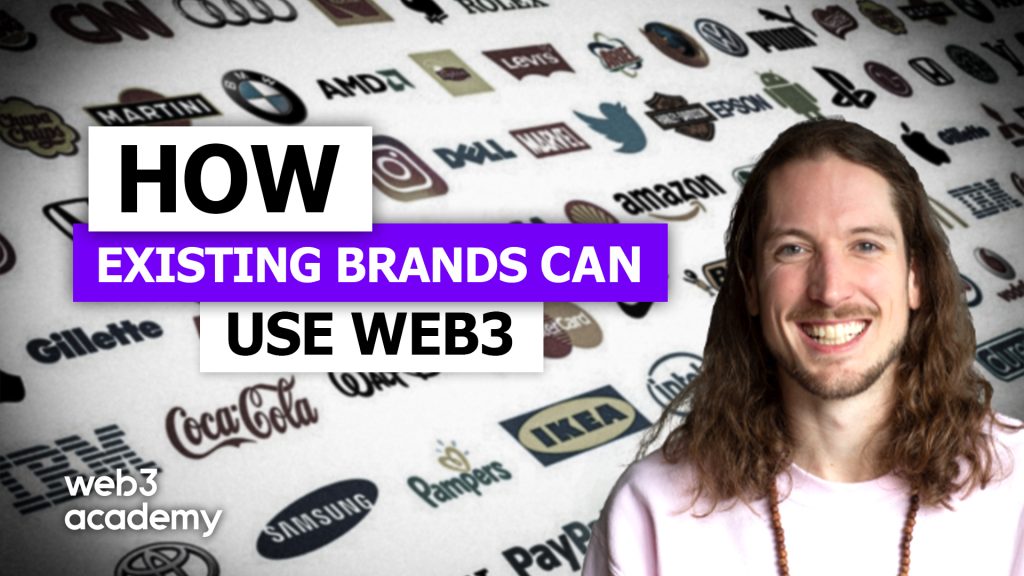