No time to read? Listen to the top lessons of the year through your favorite podcast platform 👇

Since we’re coming to the end of the year, it’s a good idea to reflect on the top lessons we’ve learned over the last 12 months—and goodness what a year it’s been.

To be fair, it’s been a difficult year for many with hacks, global turmoil, and high-profile rug pulls. 😩

But it’s also been a year of extreme innovation with developer activity at all-time highs and plenty of new protocols, token models, and brand activations to learn from. 📈

Yes, prices are down, but prices are a terrible proxy for the state of web3. When you look beneath the surface, you can see that web3 is here to stay so it’s the perfect time to prepare for the coming wave of innovation and adoption.

So here are the top six web3 lessons we’ve learned this year:

Let’s break them down further.

🤝 Together With Lens: Elon Shut Down Twitter Spaces? Get Your Freedom Back and Join Us on Lens👀

But there are limitations to trust. ❌

When we trust people and organizations we rely on them to tell the truth and act in our best interests. And most of the time they do, but as we’ve seen with many CeFi organizations they can also choose to hide their ill intent behind private companies and slick accounting.

Take the SBF FTX situation. The organization was in charge of billions worth of investor dollars and instead of being responsible for them, they decided to line their own pockets through software backdoors and inflated token prices.

They even played it off as a web3 cold war.

It’s important to note that most of the problems in web3 actually arise from centralized organizations masquerading as their decentralized counterparts.

The implosions of FTX, 3AC, Celsius, and other centralized entities highlight the importance of DeFi and trustless, immutable, and transparent transactions because it was CeFi that broke, not DeFi.

If the actions of all these companies were on-chain, they would’ve been caught out long before they grew as large as they did.

2. Everything Looks Shiny in a Bull Market

During a bull market, people are prone to speculate on investments that lack intrinsic value.

This tends to drive up the prices of these investments, leading to a false perception of their value. As a result, other people are misled into investing in protocols and apps that aren’t useful in the real world.

Between random threadooors and outright crypto influencers shilling their bags, it’s extremely difficult for newcomers to discern what technology is actually useful.

And you can’t forget those random “free mints” all over Crypto Twitter. More like free mint + your private keys. 🤦

Bull markets also bring extreme optimism which leads to everything in web3 and crypto looking like a golden goose.

But when you see someone tweeting about how much they made and why they’re important to listen to, always be skeptical. Rather than rely on what influencers say, learn the foundations for yourself so you can make your own decisions.

If you haven’t already, make sure you check out our free Web3 Academy Rabbit Hole course so you can evaluate projects for yourself.

In the NFT mania of 2021, it seemed like the tokens themselves were responsible for creating communities.

As soon as a project teased a collection or announced a mint, thousands of people would flock to their Discord in anticipation. But the main problem is that speculators don’t make good community members.

Speculators are all about money. They don’t care about the success of a project as long as they can flip the token successfully.

Now, there are some long-term “investors”, but the situation is the same. These people focus on floor prices rather than the goals of the project. Sure, they’re a bit stickier than pure speculators, but when the going gets tough, they get going.

To truly succeed with a tokenized community, you need evangelists who believe in your mission and aren’t driven solely by money.

These are the people who stick by projects during inevitable bear markets and actually contribute and help projects progress.

And when the community comes first, it helps you build a token that’s more aligned with your members because you can create it together.

A real-world example of this comes from the JUMP DAO. Jason Keath, who joined us on a recent podcast, shared that while creating his Swoopahs collection, he leaned heavily on the community to shape the final vision of the project.

The DAO’s members ensured that the NFT collection was inclusive of everyone in the JUMP DAO (and the wider community) by suggesting different traits, stories, and even marketing strategies for the project.

Keep in mind that building a REAL community isn’t easy. Every NFT collection says they have an amazing community, but you should remain skeptical until proven otherwise.

Simply go participate in a community you find interesting and see what the vibes are like.

It won’t take long to tell if there is a real community there or not.

🤝 Together with Unlock Protocol: Create Memberships and Subscription NFTs in Minutes! ⚡

4. Web3 Is Officially Here To Stay

In previous bear market years, it’s been difficult to know whether web3 will survive.

When Ethereum dropped over 90% during 2018 and 2019 it was so significant that nobody could be blamed for leaving the space. But, out of that came the 2020 and 2021 bull market and the flood of innovations we see today.

This time around things are different, much different.

Sure, we’ve seen a significant drop in prices—like in all bear markets—but the difference is that we’re seeing traditional corporations (retailers, tech giants, etc.) making moves in web3.

And we’ve seen many big brands experiment with NFTs. 👇

There has also been an influx of top global talent into web3.

And 2023 is sure to bring many more talented builders into web3.

Tokenonmic design is a blend of finance, economics, and technology. It’s about creating the perfect balance between incentives while preventing runaway inflation and ensuring long-term sustainability.

Some of the aspects token designers have to consider include:

To be frank, it’s an extremely difficult process in which protocols often have just one chance to get it right—or at least feasible.

We’ve seen tokenomic models from projects like Axie Infinity which incentivized millions of gamers to join web3 and successfully earn money just from playing a game.

In the early days, it seemed like Axie had it all figured out. But the demand couldn’t keep up with players selling their earned tokens, resulting in the token price depreciating and fewer incentives for newcomers to join. It became a downward spiral and absolutely killed the game’s economy and the hype around Axie.

The same was true with the popular run-to-earn app, STEPN, which onboarded many into web3 for a short while.

The result of giving away tokens without creating a reason for people to hold or use them? Unsustainable prices, unhappy community members, and a very steep climb to recovery.

But what we’ve learned so far is that tokenomics is not an afterthought, it can make or break a business. Tokenomics should favor those who create value for a protocol or project, not just incentivize people who are looking to make a quick buck.

Tokenomics should channel value towards those who create that value, prioritizing value distribution (aligned with value creation) towards high-utility groups over value transfer between participants.

Supply and demand are everything in tokenomics and that’s not an easy thing to balance. It’s hard enough to do in the real world—imagine trying to do it with magic internet money!

The closest we’ve seen to a perfect tokenomic structure is Ethereum, which has had seven years of iterations and experience and only just made its most important tokenomic upgrade in 2022, the merge to POS.

👉 If you want to understand tokenomics, learn what the geniuses over at Ethereum have been working on.

6. Things Are Not Always What They Seem

One problem in web3 and crypto is that we tend to get evangelistic about certain protocols, token standards, and people.

We believe that people like SBF are crypto messiahs sent to deliver us from centralization. We thought that NFT royalties were the way for projects to generate sustainable revenue. Heck, we even thought that dropping a 10k NFT collection was the only way to become successful in web3.

But in the web3 frontier things can and do change in the blink of an eye.

In 2021, NFTs were basically just JPEGs. But now, it’s possible to use them for token-gating events, as memberships, crowdfunding mechanisms, and much more. We even learned that it’s possible to freely modify NFT metadata if it isn’t stored on-chain.

And now big web3 companies (i.e., Uniswap and ConsenSys) are saying that they want to collect user data—something that web3-natives oppose wholeheartedly.

The companies say they won’t be selling user data, but as you know, anything can happen.

So the key takeaway from this lesson is to not get married to a particular way of thinking or a particular strategy. For example, royalties were the playbook of 2021, but now we’ve seen that it’s difficult to enforce them without holders giving up part of their NFT ownership.

Always be ready to pivot and adapt when web3 throws you a curveball.

In the next decade, no one will know or care about the foundational protocols we’re currently building. And what’s happening in the space now will be radically different from what builders will be doing later on.

I know that we all want mainstream adoption to happen in 2023, but the truth is that we’re just not ready.

So if you’re here now, it’s the perfect time to experiment and build your web3 knowledge. You have a front-row seat where you can learn from the wins and failures of everyone in the space.

If you’ve been in the space for a while, keep building, and don’t let bear markets get you down. And if you’re brand new, keep these lessons in mind and have a killer 2023—opportunities are everywhere in web3!

Head over to the Web3 Explorers Club to get involved in our community-cultivated mastermind!

Get the jump on next year’s innovations by reading: The Intersection of AI & Web3. 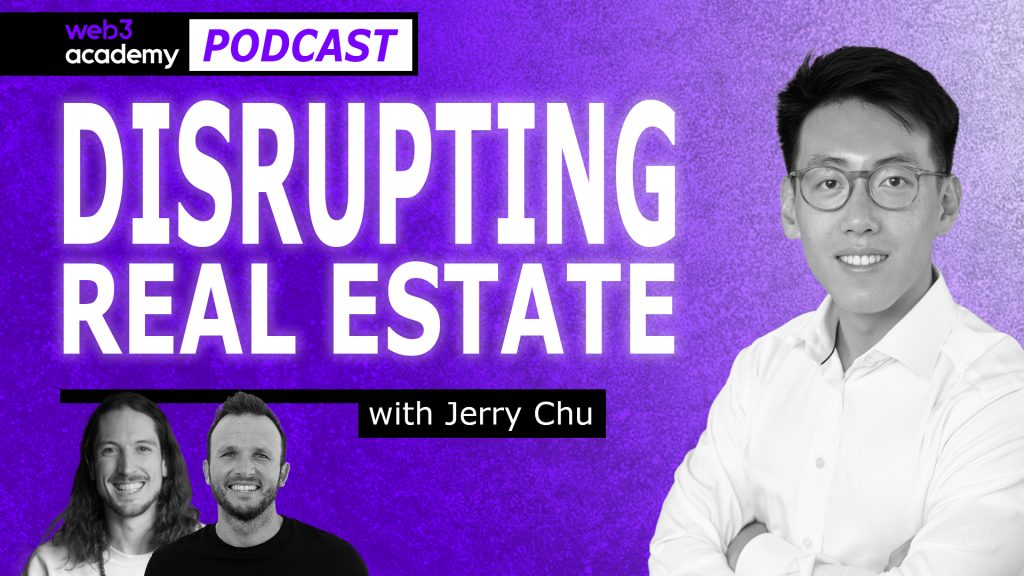 Tokenized real estate is simply better for everyone involved 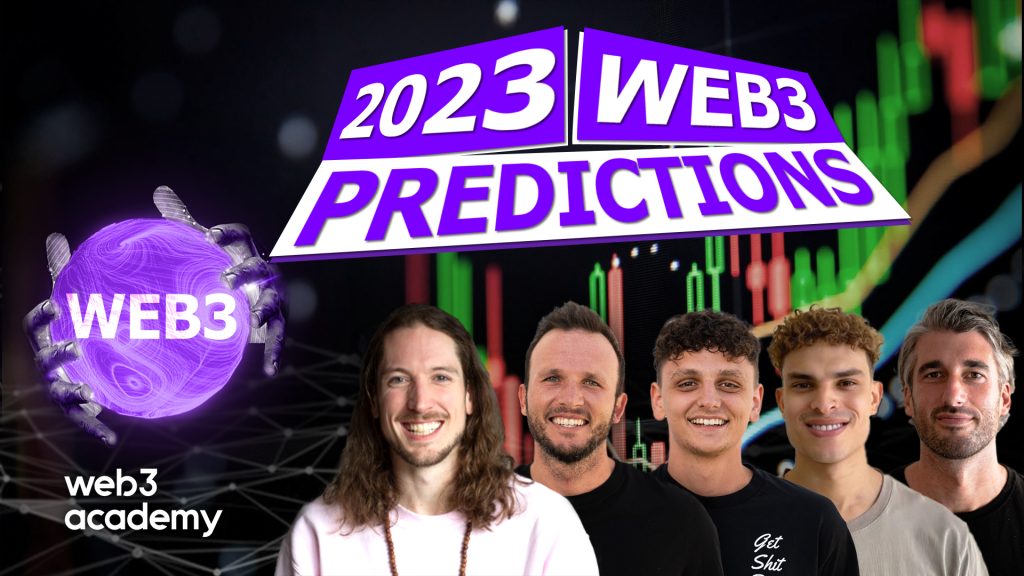 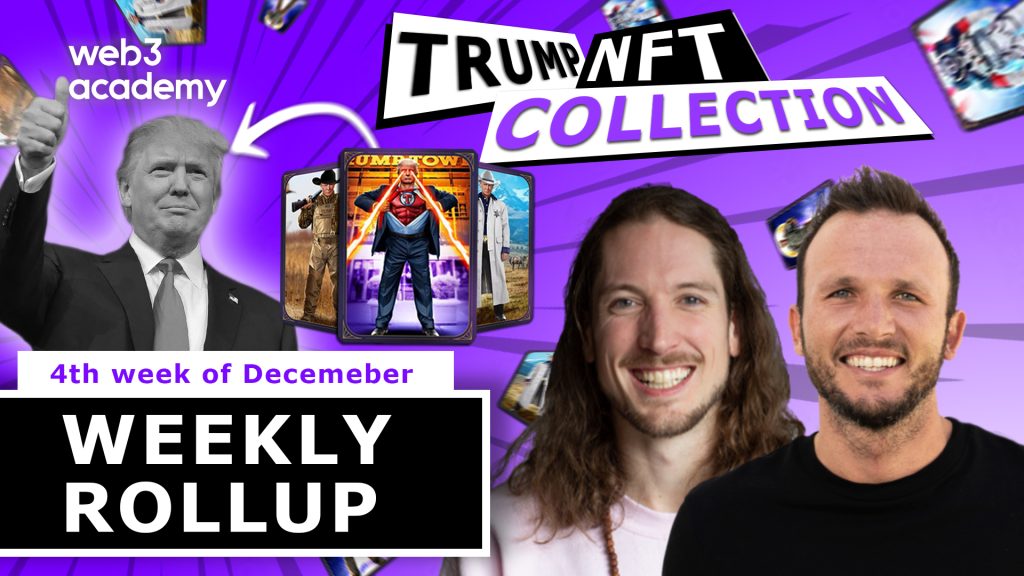 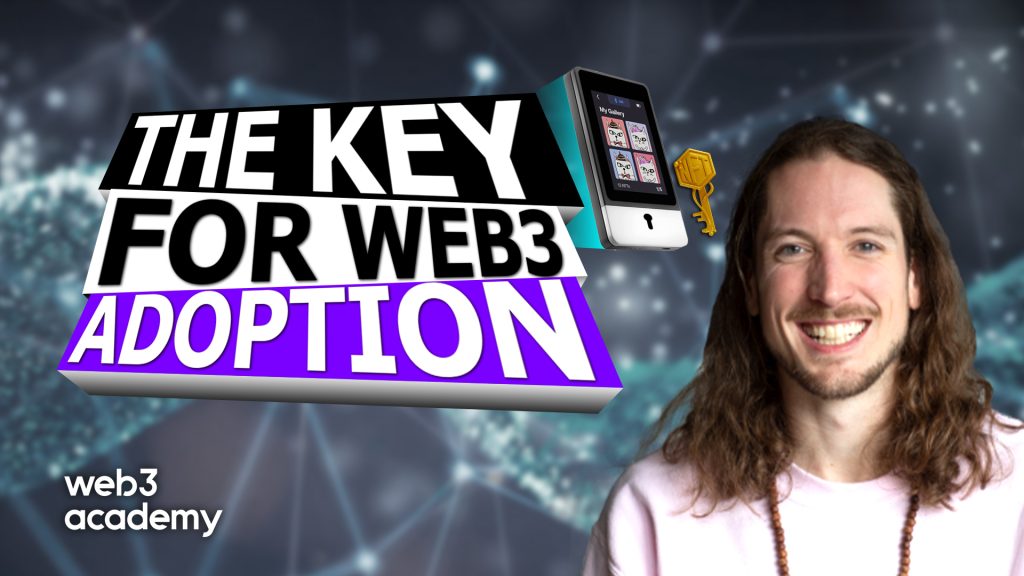