It’s time for the Weekly Rollup—the web3 publication bringing you up to speed on the biggest happenings over the past week.

Here’s what we’ve got this week:

Twitter on the brink of bankruptcy? It’s time to switch to web3 social with Lens!

THINGS ARE NOT ALWAYS WHAT THEY SEEM

FTX Is the Next Centralized Crypto Entity to Fall

Crypto’s beloved poster boy—Sam Bankman-Fried (SBF)—turned out to be a degen in disguise with FTX becoming insolvent over the last week.

If you don’t know Sam, here’s a bit of background:

Now that you’re caught up, it was revealed this week that Alameda and FTX were perhaps involved in some shady business. And shady it was indeed. 💀

Basically, since FTX was a wildly popular exchange, Sam and his team created the FTT token. The token provided benefits such as trading fee discounts, premium features, and more.

Now, this is nothing out of the ordinary as many other exchanges have their own tokens: Binance, Huobi, etc. It’s what FTX and Alameda did with the token that caused problems.

SBF, being the degen that he is, saw FTT’s success, and yet again, decided he wanted to maximize his profits. So he used FTT as collateral to generate more revenue—for example, by lending out FTT or using it as collateral for other loans.

While this is risky by itself, FTX and Alameda used some shady accounting practices to make it look like they had tons of capital. But in reality, it was all propped up by the value of FTT. 🃏

Here’s where it gets interesting. CZ, the founder of Binance, tweeted that they were planning to sell their FTT holdings.

This announcement caused the price of FTT to drop significantly as Binance offloaded assets while retail traders attempted to front-run them in an already illiquid market.

The next day, SBF tweeted that a competitor (CZ) was going after FTX with false rumors. He stated that FTX and its assets were fine and added some additional proof for his argument.

It turns out that everything wasn’t fine and he ended up deleting that tweet, but not before Crypto Twitter got a hold of it.

Sam also retweeted this post from a crypto trader which hinted at a potential airdrop for not moving funds from the exchange.

But less than a day later, announcements from SBF and CZ shared that FTX is insolvent and that Binance has plans to buy FTX pending due diligence. 📜

There were also rumors circling that CZ himself orchestrated this dump as a business move to acquire FTX at a significant discount.

However, CZ even tweeted a heartfelt letter that he sent to the Binance team about the recent events, stating that even if Binance did acquire FTX, it wouldn’t be a good thing for Binance or the crypto ecosystem. Instead, the move would be more about saving investor funds. Unfortunately, Binance backed out of the deal after looking at FTX’s financials.

Then out of nowhere, Justin Sun (Tron founder) decided he wanted to join the party, announcing that he was working on a plan to bail out FTX. 💰

If you haven’t heard of Justin, he’s another billionaire that was a big deal in crypto around 5-6 years ago, but always had a scammy vibe and has since been more of a lurker in the space.

SBF then tweeted an apology for mistakes and shared that he had a new plan for how to run FTX if it pulled through. He also announced that he was looking for investment to solve the liquidity crisis.

But at the end of his tweet thread, he insinuated that someone won the battle that was taking place. Seems like he really believes CZ had it out for him!

On one hand, situations like these always suck. It’s frustrating for true web3 builders who are creating useful dApps and protocols since they get lumped in with whatever problems speculators cause.

It also sucks for users who trust these seemingly well-run exchanges.

But this problem has nothing to do with web3. It’s to do with TradFi masquerading as DeFi. 👻

2022 has been filled with contagion caused by centralized actors who hide their actions behind walled gardens. And when something goes wrong, mainstream media blames crypto even though it’s got nothing to do with the technology itself.

This is exactly why we need decentralized finance and the transparency it brings.

👉 Let us know by replying to this email and we’ll pick 5 of you to get a drink on us! 🍸

THE SILENCE IS BROKEN

We’ve been saying that OpenSea has been too quiet on the royalties debate, but they’ve finally shared their thoughts.

Maybe they’ve been listening to the podcast? 👂

Basically, their stance is that marketplaces shouldn’t determine creator royalties and it should instead be up to creators themselves.

So OpenSea created a tool called the Operator Filter Registry which is a set of smart contracts that allows creators to blacklist wallet addresses and smart contracts, preventing them from transferring tokens related to a particular NFT collection.

However, OpenSea itself will only enforce royalties for collections that make an effort to filter transfers from operators known to not respect creator fees. That said, the OFR contracts automatically subscribe to OpenSea’s list of filtered operators.

But the catch is that the OFR will only work for new NFT collections. 😬

While it wasn’t clear in their initial announcement, OpenSea will still enforce royalties for collections listed on their marketplace until the 8th of December. Until then, they plan to discuss royalty options with their community to find the best way forward.

Some potential solutions include:

Our Rollup guest, Jason Keath, also shared his thoughts: “I think OpenSea can innovate here. But long term, I think that royalties just need to be on-chain. The technology is possible, but we just have to rally around the ERC that solves the royalty issue.”

But even if royalties are enforced on-chain in the future, it’s still important to work on different monetization strategies so you have greater control over your business.

Kyle’s so excited about this news that he’s calling it the New Merge.

So why’s Polygon moving to Ethereum?

Right now, Polygon has its own blockchain with its own POS (Proof-of-Stake) consensus, but they’re not completely separate from Ethereum. Polygon is a sidechain, meaning they do put some information and transactions onto Ethereum. But for the most part, Polygon is in charge of its own security.

However, Polygon co-founders Anurag Arjun and Mihailo Bjelic recently confirmed that engineers who contribute to the chain are attempting to turn it into a “true L2” also known as a rollup.

We don’t know how long this will take, but Bjelic shared on Twitter that Polygon Proof-of Stake was “a temporary architecture that has served us (and Ethereum) well, but it’s definitely not the end game.”

Polygon has some big names building on and using the blockchain, such as Instagram, Ticketmaster, Lens, Twitter, Starbucks, and likely many more to come. But the issue is security.

If Polygon wants to keep its status as the blockchain for web2 corporations, it must prevent the future hacks and disruptions that’ll likely come with its high-profile ecosystem. And the easiest way to do that is by leveraging Ethereum’s existing security.

Overall, this is a huge win for Ethereum as more activity on the blockchain means more fees to keep the ecosystem ticking over.

If you’re an NFT creator, you can’t rely on royalties when they’re not guaranteed.

You need recurring, predictable revenue—and the best way to generate this in web3 is with NFT memberships and subscriptions.

But what if you don’t have the time or resources to create custom smart contracts from scratch?

Unlock is the answer 🔓

Swoopahs: A Community-driven Collection of Sky Fairies From Greenwood Forest

This week’s NFT of the Month is an interesting one since the winner is in the process of minting right now.

In this battle, we had the ever-popular Azuki, recently-unveiled Art Gobblers, MetaSoccer (a football metaverse game where Raul spends all his time), and the winner—Swoopahs!

If you want to learn about Swoopahs straight from the creator and artist, Jason Keath, he actually joined us on the podcast to share his story.

If not, here’s what makes Swoopahs unique:

Swoopahs was born from the JUMP DAO, a community of marketing professionals that Jason has been part of for over a year.

As JUMP’s branding came together (the palette, the brand vision, the community), Jason had the vision of a character pop into his head. He started working on it as a side project back in May (with guidance from JUMP’s founder, Jeff Kaufman, and a few DAO members) but decided it was time to get serious.

So about one month ago Jason got the whole JUMP DAO involved because he wanted to get the project out ASAP and let the community start building.

While Swoopahs does come with initial utility (merch and NFT workshops), the initial goal isn’t to turn the collection into the next BAYC. In fact, Swoopahs showcase the degen-free side of NFTs and web3 that people often forget exists—small communities built around adding value rather than pumping floor prices.

Overall, Swoopahs is a testament to the power of a solid community. Even though there isn’t a clear direction for the collection, the community is still happy to build together.

It’s also nice to see a small collection (there are only 555 Swoopahs available) inspired by and created for a specific community. It shows that you don’t have to launch 10k or 5k NFT collections to “use web3”.

Figure out what fits your needs then go out and build!

That’s SBF’s net worth after the FTX & Alameda collapse.

That’s how many verifiable diplomas have been issues by a State in India (Maharashtra), on the Polygon blockchain. Source

That’s the amount of employees that Meta fired after ad revenues slip. Source

Tired of crypto contagion? Learn how Web3 Will Transfrom Eduction. 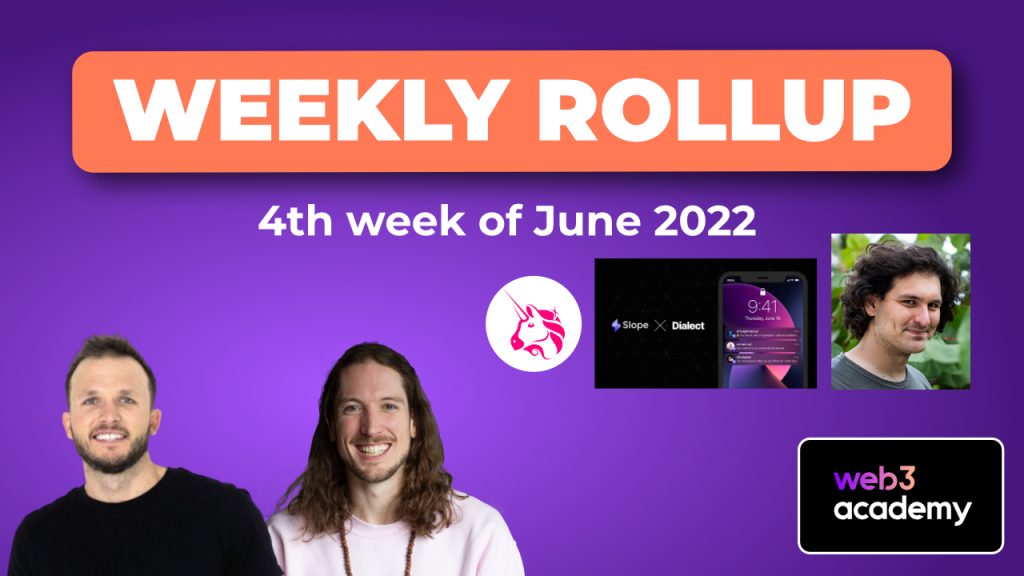 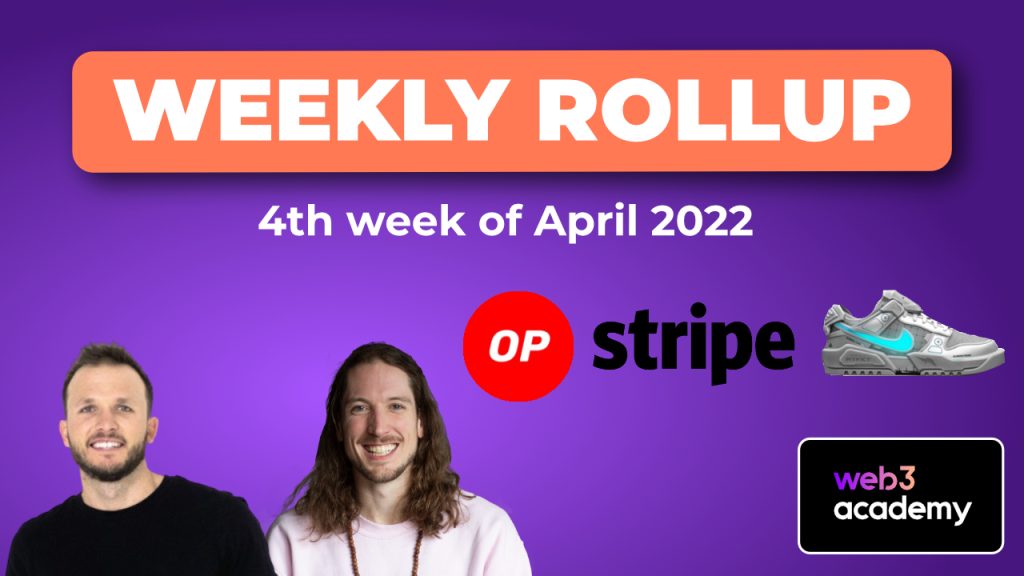 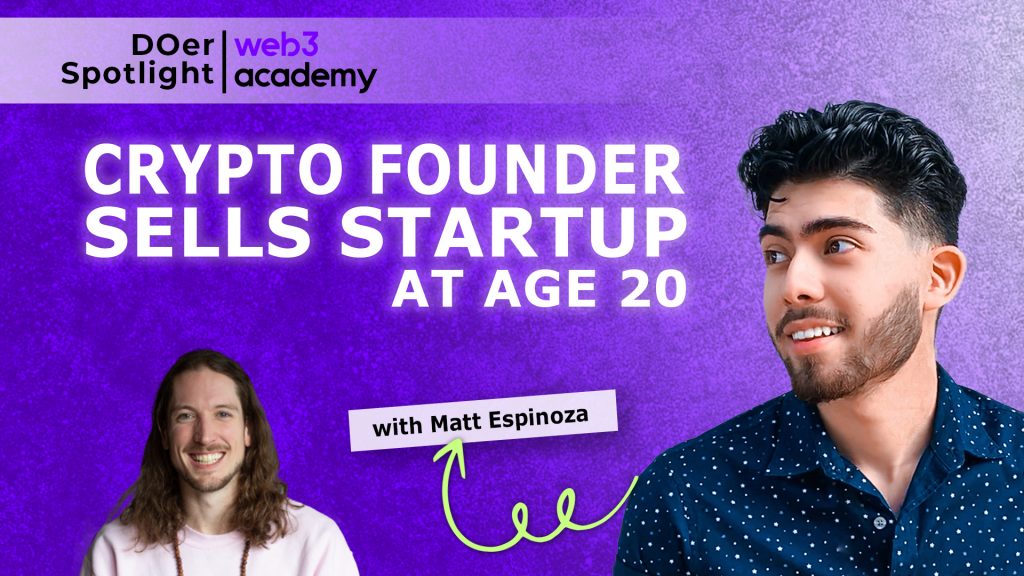 And It All Started by Launching His Own Social Token $MATT 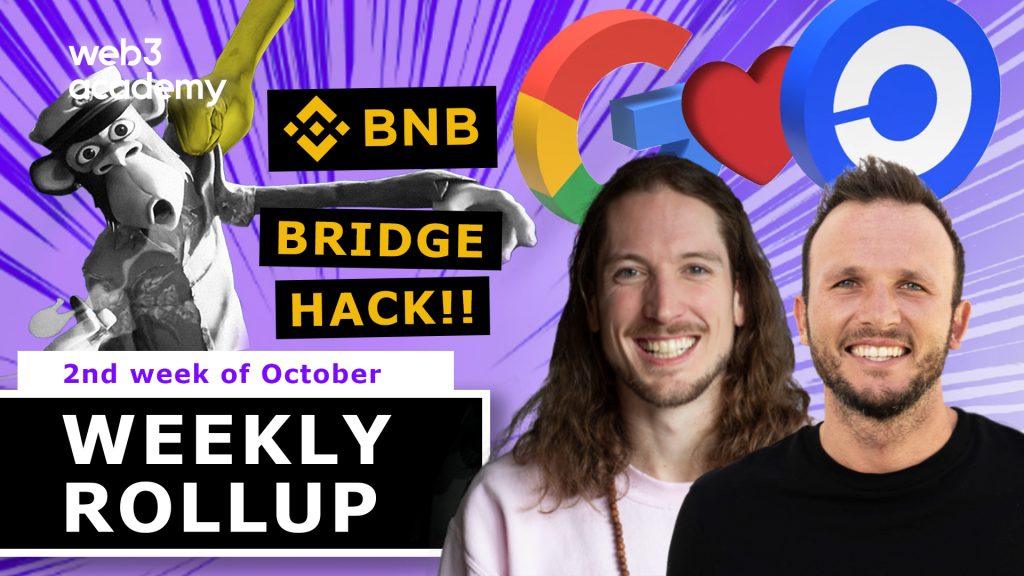