During the past couple of months, we have been talking a lot about two things in particular:

In the past, we have spoken to Evin from Disco about digital ID and data privacy and we feel like we bring up Polygon on every Weekly Rollup.

So today, we wanted to combine the two and have a chat with Polygon ID, a blockchain-native identity system with programmable privacy that enables users to interact with trusted web3 services.

On our podcast, we’ve brought David Schwartz, Co-Founder of Polygon ID &Polygon Hermez (The team which created the first zkEVM layer 2 on Ethereum) and Sylvia Aran Segovia, the Head of Business Development at Polygon ID to find the ins and outs about Polygon ID and why Polygon is scaling Ethereum.

Do you want to participate in a DAO?

Then join our Discord to partake in Web3 Academy DAO 🚀

First of all, let’s establish what we’re talking about and who we’re talking to. Polygon is a massive ecosystem with many different projects being built within it. See this Polygon Ecosystem map below.

Polygon ID is one of those projects in the ecosystem. It is an identity platform designed to complement the decentralized finance and decentralized application (DApp) economies by providing users greater privacy and sovereignty within Web3.

Basically, a protocol which allows users to verify personal information such as age or gender, without actually revealing that information.

For Polygon ID to succeed, it must reside on top of an ultra scalable blockchain which also holds ultra secure, decentralized and privacy properties. Unfortunately, that doesn’t (didn’t) yet exist in Web3. This is why the team at Polygon decided to first build the first Zero-Knowledge Proof (ZK) Layer 2 scaling solution on Ethereum.

More on ZK’s in just a second, but first, why build this on Ethereum?

Question: Do you think Polygon will be the leader of the infrastructure layer in Web3? Let us know by replying to this email!

Why Is Polygon Scaling Ethereum?

Polygon has its own blockchain, which is proof of stake.

Naturally, one would wonder why on earth they would dedicate themselves to scaling Ethereum rather than building up their own project.

The explanation behind this is simple: security.

Ethereum is both decentralized and secure. However, it isn’t scalable on its own. And that’s where the blockchain trilemma comes in place. How do you achieve all three?

The answer is: Layer 2 scaling. And that’s where Polygon comes in.

The issues that are being solved here are that of scalability, speed and lower gas fees.

If we want people to start using web3, we have to mimic the web2 experience where everything is instant, while keeping security as high as possible.

What Is A Zero-Knowledge (ZK) Scaling Solution?

So, now that you understand the Polygon ecosystem and their reasoning behind scaling Ethereum, let’s get more specific: Polygon’s Zero-Knowledge (ZK) scaling solution and how they are trying to implement the technology.

Polygon has recently launched Polygon Hermez, which is the ZK proof technology.

In short, ZK scaling (proofs) work by batching transactions into groups, which are then relayed to the Ethereum Network as a single, bulk transaction. The ‘gas fee’ for the single transaction is then split between all the participants involved, dramatically lowering fees.

Basically, all transactions are settled off the Ethereum chain very cheaply and fast. Once settled, they are deployed as a bulk onto the main Ethereum blockchain.

With that technology behind, Polygon has created Polygon ID, the protocol which verifies data, without actually revealing any data.

The Problem Of Data Manipulation And Storage

What Polygon ID essentially tries to solve is the problem of data manipulation and storage. Right now, centralized companies like Google or Apple own and store data about you, without your knowledge or approval.

What Polygon ID aims to enable is data ownership, basically taking it away from the corporations and putting it back in the hands of the user.

The reason why ZK’s are called ZK’s is because the technology doesn’t require you to know or store anything about you (hence the name Zero-Knowledge). You can essentially prove that you are over 18, without saying that you are 70 or you can show that you’ve received over a certain grade in school without revealing the exact grade.

Right now, companies are storing as much information about us as they possibly can, even if they do not use it. ZK’s are trying to know as little as possible about the user while enabling proof about as many things as possible.

Additionally, by using ZK proofs as the base layer of a protocol (let’s say Twitter), you can prove that you are an authentic human, without revealing personal information about yourself.

The Use Cases of ZK Proofs

We’ve already touched on a use case in the previous section and it’s that of filtering bots from humans, something that’s at the moment a huge issue, especially on social media.

Other use cases of ZK proofs are:

We could go on and on with the use cases but I think you get the point. The only downside of this entire concept (at least at the moment) is that of managing your own keys.

Implementing ZK proofs in the applications that we’re using today can enable us to get a step closer to having our Web3 wallet representing our identity.

Just imagine if you could hold your credentials, medical records and everything in between on your wallet and automatically prove the fact that you’re a human just by simply logging into initial coin offerings, token airdrops, decentralized exchanges, or KYCs with your wallet.

It would be super convenient.

If you’d like to dive deeper into this concept, check our article about how your wallet can become your identity.

Ultimately, Polygon ID wants to become the Apple Wallet of Web3. Basically, the place where users can hold their cards, IDs, data and tickets.

The main difference? It will be decentralized and the user will own their data, not the other way around.

If you’re reading this… You might ask yourself why this is even needed if we already have an Apple Wallet.

What you need to understand is that we don’t always know we need things, until we experience how it feels.

Nobody was asking for iPhones when Steve Jobs introduced the concept. However, after we’ve used it, we cannot live without it.

It’s the same with your data experience. You don’t know that you want to own your own data until you actually taste the ownership. Then, you’ll never want to return.

Want to know more about decentralized identity? Check out our conversation with Evin McMullen, CEO of Disco.xyz about how your off chain personal data backpack will change the internet.

We believe that we’re entering the phase of data revolution. More and more users are becoming aware of the issue of data manipulation and the interest from companies is already increasing.

Silvia and David confirmed that banks, tech companies, start ups, transportation companies and even nation states are already sniffing around, trying to play around with this new technology.

A revolution is on its way… And you’ll most certainly be part of it!

Connect with David on Twitter and Sylvia on LinkedIn

👉 Check out our conversation with Evin McMullen from Disco.xyz to learn more about Web3 identity!

👉 Let us know if you think Polygon will become the leader of the infrastructure layer in Web3 by replying to this email.

👉 Check out Web3 Academy DAO and join our Discord to participate in the DAO. 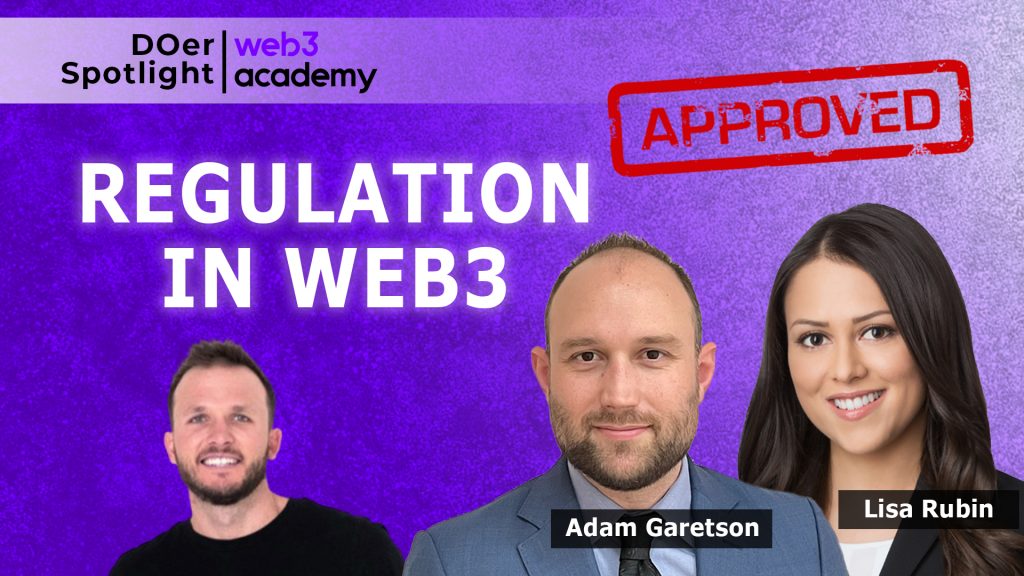 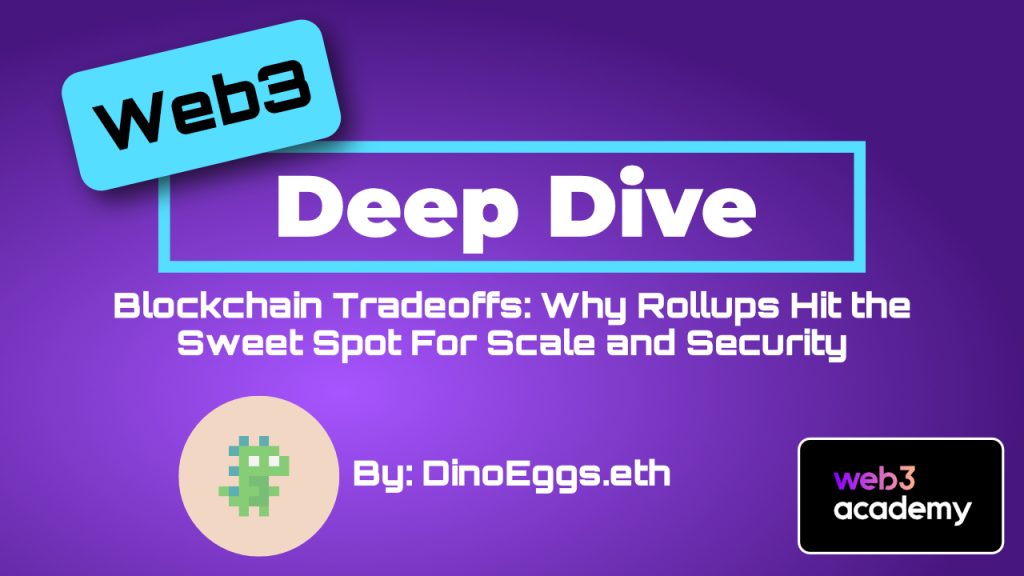 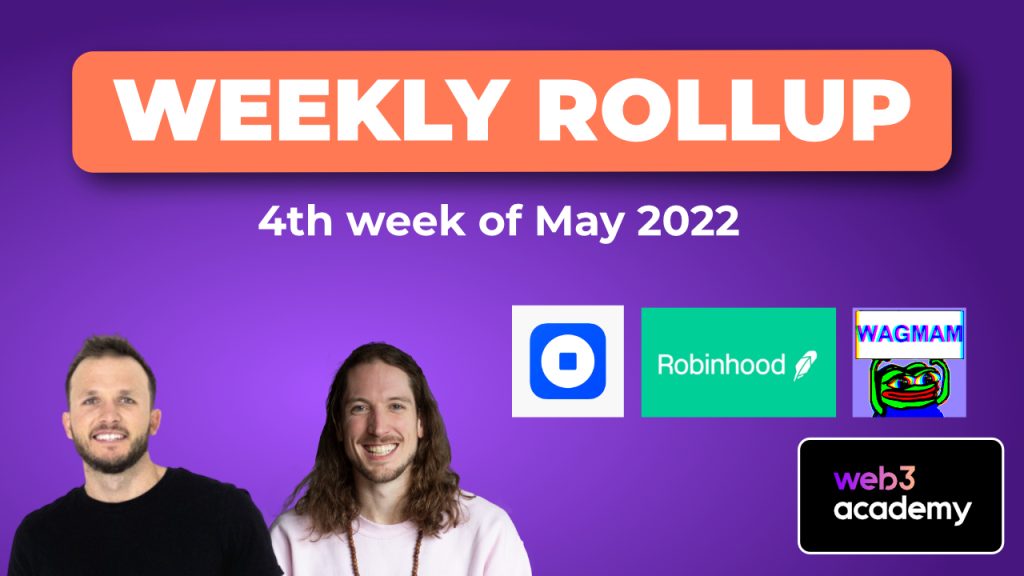