Let’s talk about the presence of big tech in Web3.

Big tech is here and they are bringing their billions of dollars and billions of users with them.

But is this a good thing for Web3?

Isn’t the promise of Web3 to create a fair and equal internet for everyone… To create an internet free from centralized organizations?

Surely the tech giants won’t follow the ethos of crypto and Web3, right? Won’t they do what they always do and squeeze as much profit as possible from anywhere they can?

In this article we’re going to dive into what big tech entering Web3 means for its users and the industry at large.

Let’s start with getting clear on the promise of Web3.

By the way, speaking of Web3 companies, if you’ve ever considered a job in this space, we’re here to assist! We designed the Web3 DOer Collective where we aim to connect talent with the leading Web3 companies.

Do you want a Web3 Job? Apply Here

If you prefer, you can watch the episode below, or listen on your favorite platform: Spotify | Apple Podcast | YouTube

Digital ownership and interoperability are the true unlocks of Web3

Web3 enables us to connect into applications with our self custody account (ie. wallet) rather than create an account that is owned by the application.

Web3 enables us to own our data and choose what we share with the applications we interact with.

Web3 enables us to own the assets we create, earn or purchase inside of these applications as well.

Because of the 3 features above, it allows us to be free from the stranglehold of big tech companies like Facebook and Google.

If we don’t like what their applications or companies are doing, we can disconnect from them at any time and bring our digital assets with us with 0 friction.

Web3 gives us a choice to go where we are treated best. It puts the power in the hands of the users, rather than the centralized companies.

This is the true promise of Web3.

Now, that’s not to say they won’t do well and find ways to make unbelievable profits, of course they will.

What I’m saying is that they can’t take away the foundations of digital ownership and interoperability.

Because if they try to, then they are just in the same place they started… Web2.

For example: If Meta decides to utilize NFTs but does it in such a way that we don’t custody our assets or the NFTs are on a centralized blockchain owned by Meta, well then simply put: this isn’t Web3.

The easiest way to think about a blockchain is as a glorified database which is owned and controlled by no one. A database that also cannot be changed or altered in any way. It is a permissionless ledger.

Unlike the databases commonly used today which are hosted on a centralized server, by a centralized company, which can be altered, changed and permissioned anytime they please.

If Meta decided to launch “NFTs” in Meta’s centralized database, it wouldn’t actually be an NFT… it would just be a jpeg, just like we have jpegs today on Facebook and Instagram.

Remember, the only reason NFTs hold any value is because of the properties that permissionless and decentralized blockchains provide: verifiable ownership and digital scarcity.

Without those properties, it’s not an NFT and would hold no value. Which is exactly where things already are today in Web2.

Big tech isn’t going to create their own blockchains with their own versions of NFTs, they already have a version of that. There is no new product there.

Big tech is smart enough to understand this fact, after all they are called “Big Tech” for a reason! They understand the trends of technology and capitalize on it better than anyone else.

So how does Big Tech Capitalize on Web3?

It is a new internet economy that offers a better product than anything that exists today on the internet. That product is blockspace, which is a permissionless and trustless means of moving and storing digital value.

Because of its open nature, any person, company or country can use this blockspace for whatever they please, whenever they please. A centralized company with rules, regulations and jurisdictions can not compete with that.

What this means is that for Big Tech to enter Web3, they will need to plug into existing blockchains and find new ways to generate revenue, rather than create their own.

Big Tech already realizes they can not own users’ assets in this world, whether that be NFTs, Tokens (ERC-20) or anything else which is stored on the blockchain (accounts, profile pictures, social content, certain data, etc.).

We can see this becoming a reality already as both Instagram and Twitter have elected to plug into Ethereum and interact with the NFTs, rather than create their own centralized versions. This is a great start to Big tech entering Web3.

What Big Tech can do in Web3 however, is provide services, applications and experiences for users to utilize their assets as well as facilitate onboarding and UX in Web3. Because everything in Web3 is about transacting and moving some form of value they can then take a % cut from these transactions.

The easiest example to see this happening already is Opensea, the largest NFT marketplace in Web3. While this is not considered “big tech”, it is a centralized company which created a service for users with digital assets.

Opensea does not own or custody any of the users accounts or assets, it simply provides an interface for users to create, buy and sell their own NFTs. The user has full control and ownership of their NFT and Opensea then takes a 2.5% cut off every transaction inside of its platform.

As it goes in Web3, users are free to leave Opensea and use other NFT marketplaces like LooksRare, Rarible or something else. There is no friction to leave like there would be in leaving Instagram or Twitter today as you can simply disconnect your wallet from Opensea and connect to the next NFT marketplace, while your assets and data move with you.

This is how centralized companies will work alongside these new features that have been added to the internet: digital ownership and interoperability.

How does Web3 redistribute the power of big tech?

The idea that users own their digital assets and can bring them in and out of any application is profound.

What this means is that companies need to play nice. They no longer have total control and can do whatever they want.

A company’s number one focus moving forward will have to be giving the users what they want, otherwise a competitor will do it and their users will leave.

The dynamics have completely changed. Competition will be fierce and as a result it will be a race to provide better and cheaper products.

It will also be a race to share ownership and governance with users, as users who own the products or have a say in its direction will become more incentivized to stick around and remain a user.

The old world of one man making all of the decisions, holding all of the equity and taking all the profits is no longer. The power and the value in turn is distributed across the community.

It will be very interesting to see how this all plays out in the coming years.

In my opinion, this has implications far beyond just Big Tech. (…I’m looking at you big government!)

They have billions of dollars, billions of users and most importantly, hundreds of thousands of developers and the best product and UX designers in the world.

It is these companies that can give Web3 the UX that it needs in addition to seamlessly onboarding billions of users into the space.

While Web3 does not NEED big tech to achieve adoption, it can definitely speed things up.

Knowing and understanding the foundational changes to the internet that blockchain technology provides, we can be confident that big tech will have to play by the rules and put the users first this time around.

That said, I’m sure they will find a way to mess this one up. Human greed always finds a way in.

But like I said, we don’t need Big Tech. They sure as hell will need us (the users) though!

Get a Web3 Job

At Web3 Academy, we’ve made it our mission to onboard not only users but also talent into Web3. We therefore created the Web3 DOer Collective through which we aim to connect talented professionals with some of the top companies in Web3.

If you ever considered a job in Web3, you’re in the perfect place!

Apply for a Web3 Role 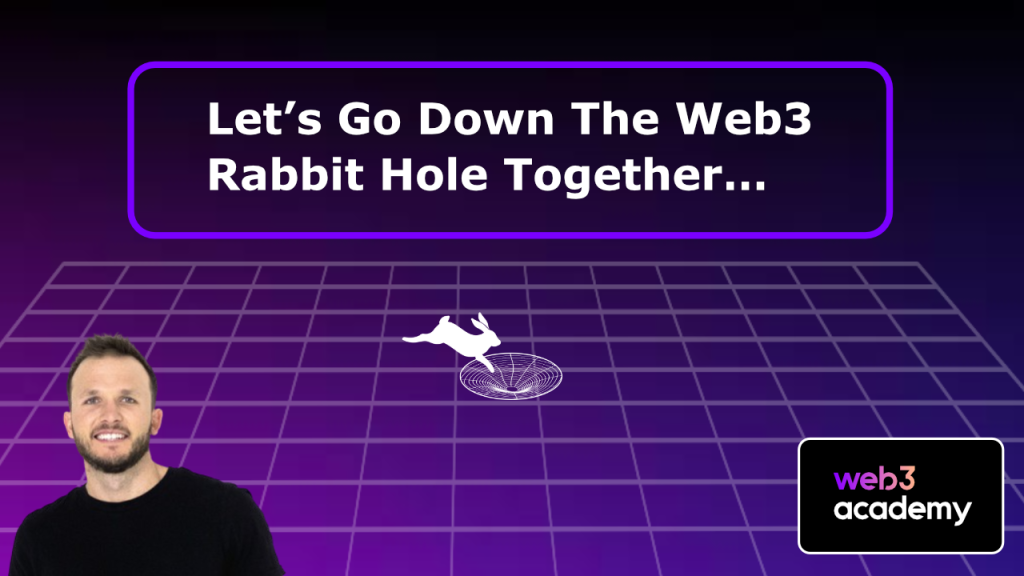 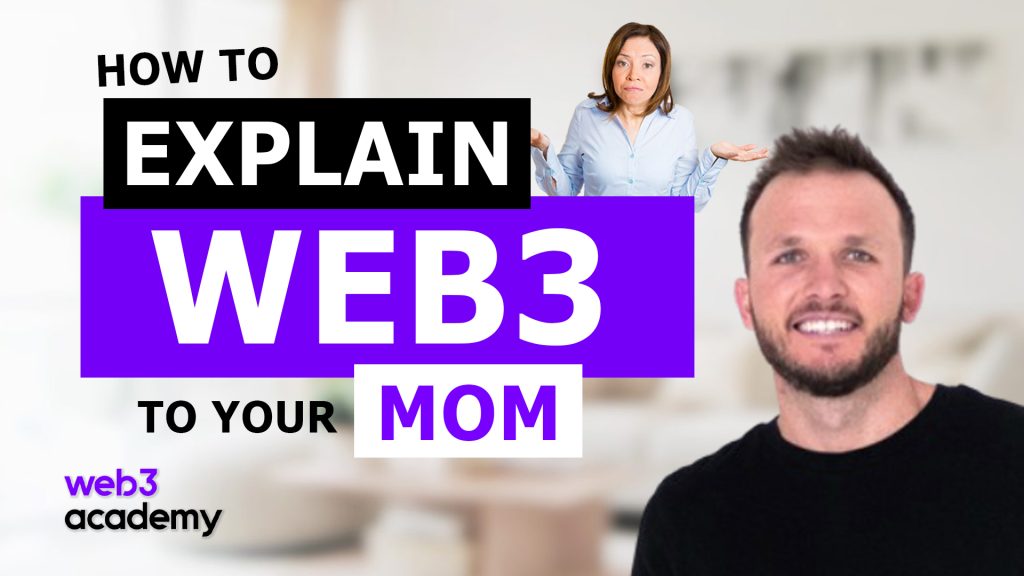 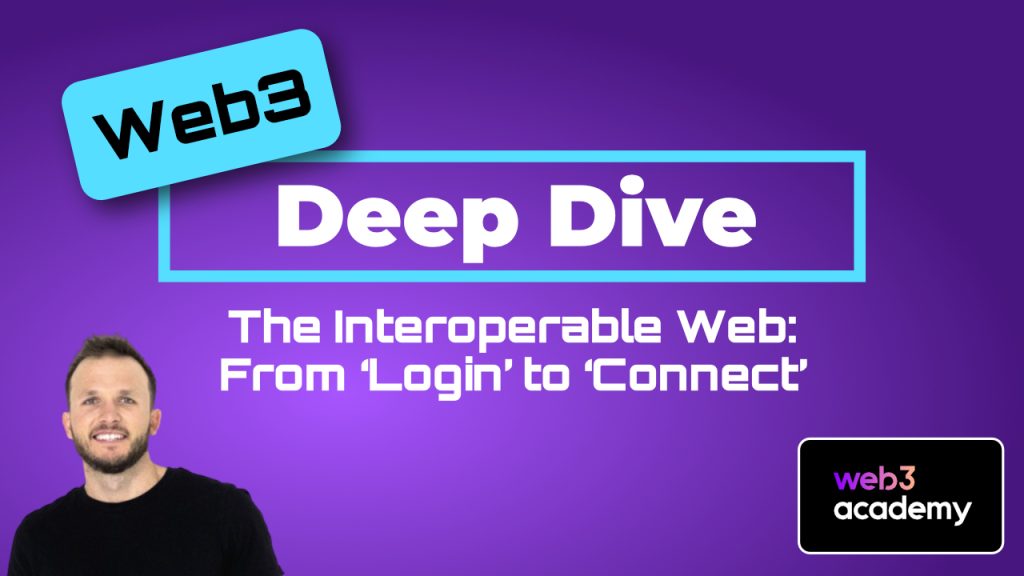 Gm DOers! Today we are exploring the future of the internet. We’re diving deeper into how Web3 is fixing one of (if not the most)… 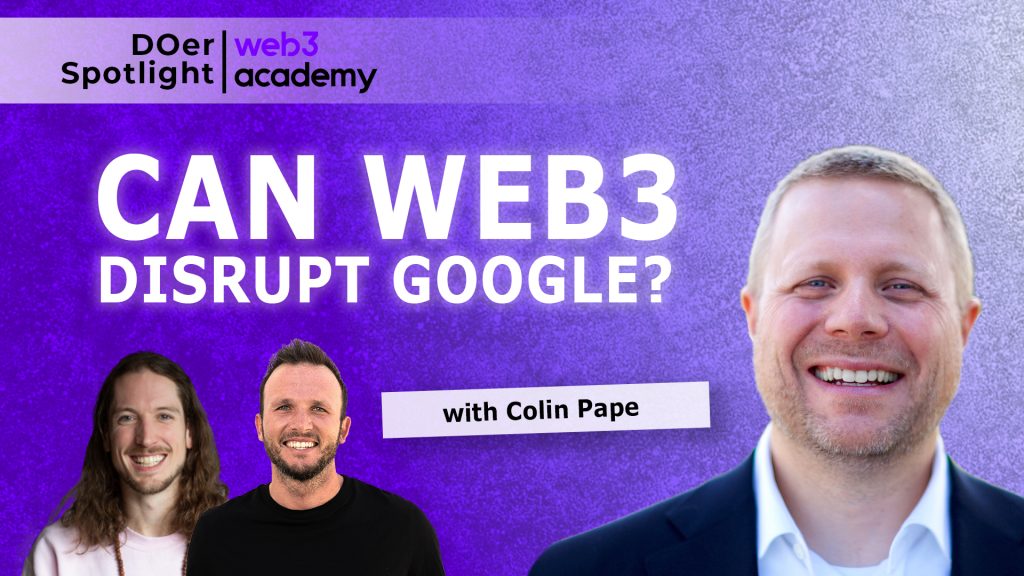 Gm Web3 Academy DOers! One of the most powerful tools in the world is Google. ⚒️ It’s essentially the front page of the internet for…